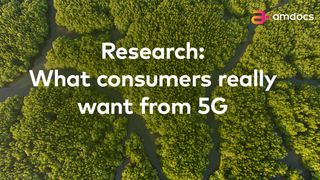 Currently, there isn’t a huge variety of 5G phones available in the UK, and the high prices don’t help to make 5G as accessible as it could be. Despite this, though, 35 percent of UK consumers still plan to buy a 5G handset this year, according to research from Amdocs.

This is a significant figure, considering that 5G isn’t widely available right now, and it isn’t ubiquitous within most devices. So this makes for encouraging news for mobile network operators, as this figure will no doubt increase over the next 12 months.

The study included 1,000 UK consumers, and it revealed that even though 5G has been around for less than a year, there is still a high demand for 5G services, and it showed that awareness around the UK is widespread.

However, whilst the majority of UK consumers know what 5G is, they have limited knowledge of the key benefits, such as low-latency and download speeds. Having said this, 5G marketers are clearly having a positive effect on consumers, pushing them to want 5G devices (with only 30 percent of respondents saying that they have no intention of ever buying a 5G device).

Consumers were also asked what they would use their 5G smartphone for; 81 percent said internet browsing, followed by streaming services at 74 percent. The main concern was that some of the newer and more innovative services that 5G supports aren’t available at the moment. Only 16 percent said that they would use their device for virtual reality (VR) and augmented reality (AR), with cloud gaming at 27 percent.

Opportunity for new 5G use cases

Consumers were also excited by new 5G use cases, and were able to understand how 5G will boost working experiences. Thirty five percent believed the technology would provide better video conferences, 32 percent anticipated better video training, and 6 percent believed it would open more opportunities to work remotely with faster internet.

“Internet access, streaming video, accessing and storing photos in the cloud – we will see service providers start to bundle and monetise these popular applications and content as part of 5G,” said Angela Logothetis, chief technology officer for open networks at Amdocs. “The more futuristic services – driverless cars, VR and AR technology – will take time – although we are seeing interest in early capabilities, like augmented reality street maps. There is definitely an opportunity for new killer 5G use cases to be developed to drive demand for 5G.”