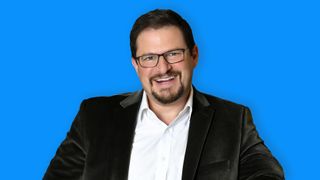 Not many companies have as much skin in the 5G game as Qualcomm, so it’s hardly surprising that its president, Cristiano Amon, took the opportunity during a Qualcomm CES 2020 press conference to big up the prospects of the world’s hottest networking technology.

Amon said that, by the end of this year, he expects that 200 million 5G phones will have shipped, adding that he believed there would be a staggering one billion 5G connections by 2023. And, despite some of the negative press 5G has garnered thus far, Amon is adamant that 5G’s time has arrived.

“2020 is the year we really expect 5G to scale, and it’s moving faster than 4G, despite skepticism,” Amon said.

Amon went on to compare 5G to 4G, saying that the former is being adopted far more quickly than its predecessor, while also flagging up that “the best 4G smartphone you can buy today is a 5G smartphone”.

Going beyond smartphones – which was to be expected, given that the press conference was, in part, being held to announce a new range of Lenovo laptops – Amon also said that 2020 would be the year that 5G PCs started to gain traction.

“The big news is what’s happening in the PC space,” Amon said. “The 5G PC is now a reality … and that will define the future of productivity.”