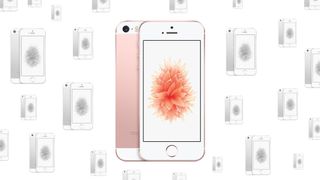 The rumour mill is in full effect, and the latest whisper is that Apple is preparing to launch a budget 5G iPhone in 2020. Reportedly called the “iPhone 9”, this rumour first surfaced on a Japanese tech blog MacOtakara, and Apple – as always – is remaining tight-lipped when it comes to corroborating the news.

The cheapest iPhone in 10 years?

According to MacOtakara, the new device will be a follow-up to 2016's iPhone SE, and is said to be the smallest and cheapest in over a decade, and will apparently cost as little as £399 ($525). This will make it one of the cheapest 5G phones on the market.

The Japanese site MacOtakara has an impressive history of predicting a number of new iPhone features, so it could very well be right about the 5G iPhone 9. And it goes on to say that the new model will be released in early 2020, meaning that we could see a 5G iPhone much sooner than expected.

Eagle-eyed Apple fans will be aware that the company never actually released an iPhone 9. It skipped from the iPhone 8 straight to the iPhone X (10) in 2017. This unusual move was never explained, so could 5G provide the long-awaited iPhone 9?

And if the rumours are true, it certainly is an interesting decision from Apple. Most of today’s premium smartphones have a large footprint, as consumers continue to demand bigger screens. And so the decision to make the smallest iPhone in over a decade, enabled with technology that will allow higher definition video and gaming, is certainly an unusual one.

And if this rumoured price point is correct, it will be fascinating to see if people are happy to compromise on screen size, if it means getting their hands on a cheaper 5G-enabled handset.