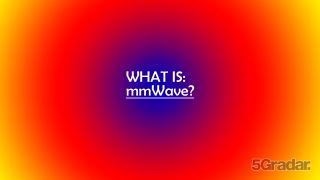 Millimeter wave 5G – or mmWave, as it is also being referred to – is set to power the next generation of mobile applications that will rely on the speed and capacity of ultra-high radio frequencies.

And as we are already starting to see, 5G will be the first mobile communications technology that will go beyond the delivery of faster mobile connections. Next generation 5G networks will not only provide ubiquitous, reliable coverage over wide areas, but will also be capable of powering mission critical applications, massive IoT deployments, and entirely new business operations.

And to achieve this ultrafast, high capacity, ultra-low latency reality, mobile operators will need to use a wider range of spectrum than they have done with previous generations of mobile technology.

Most 4G networks are enabled by a mixture of low-range and mid-range frequencies. For example, in the UK, operators use the 800MHz, 1800MHz and 2.6GHz bands to provide a blend of coverage and speed.

As governments and regulators around the world recognise the potential economic and societal benefits of 5G networks, there have been concerted efforts to free up as much spectrum as possible.

Many of these bands were allocated to other groups of users, such as the military or public events industry, long before the importance of mobile communications was realised. These users are more suited to other frequencies and the spectrum is more valuable for 5G.

Crucially, spectrum is a finite resource. Therefore attention is being paid to bands previously considered to be unsuitable for mobile networks, such as high-range millimeter wave (mmWave). Such versatility is necessary as Ericsson predicts that the average smartphone user will consume 24GB of data a month by 2025, with 5G handling 45 per cent of this traffic.

What is millimeter wave spectrum?

High range bands provide huge amounts of capacity across a limited geographical area. While low-level 700MHz might be useful in spreading 5G to rural locations, it is not suitable for providing the reliable connectivity required in a busy urban location.

Technically, the term mmWave refers to frequencies located between 24GHz and 300GHz located between microwaves and infra-red. These airwaves are currently used for things like scientific research, weapons systems and even police speed guns.

It is considered that the portion between 26GHz and 100MHz offers the greatest opportunity for mobile networks. mmWave had previously been shunned for mobile, because of its short range and narrow wavelengths that were susceptible to atmospheric conditions. An effect, known as rain fade, sees precipitation absorb the radio signal and causes disruption.

However, it is these previously undesirable qualities that make mmWave so suitable for 5G. The use of microinfrastructure, such as small cells, coupled with high range frequencies will be a key characteristic of 5G networks. mmWave would only be needed across a limited range and the narrow wavelengths minimises the risk of interference from other cells – enhancing the efficiency of the spectrum.

The value of mmWave

Delegates at the World Radiocommunication Conference 2019 (WRC-19), a quadrennial gathering of regulators and governments organised by the UN-affiliated International Telecommunications Union, identified several mmWave bands that could be used for 5G networks. These included 24.25-27.5 GHz, 37-43.5 GHz, 45.5-47 GHz, 47.2-48.2 and 66-71 GHz.

The formal identification of these bands paved the way for global harmonisation, testing and standardisation – reducing costs and accelerating time to market. These agreements also ensured that safeguards for users of spectrum in adjacent bands, such as meteorological services, were in place.

The high capacity and ultrafast speeds of mmWave spectrum will enable many 5G applications that are less suited to lower-range bands. While it is expected that the majority of commercial 5G networks will deliver at least 1Gbps, it is mmWave that produces the theoretical maximum of 10Gbps.

The GSMA predicts that $565 billion in global GDP and $152 billion in tax revenue will come from mmWave 5G services over the next 15 years. This amounts to quarter of the predicted economic value that will be generated by all 5G networks during that period.

The earliest example of 5G millimeter wave in action is Fixed Wireless Access (FWA) broadband. 4G-powered FWA is already in existence, but it is often unable to match the speed, reliability, and experience of a fixed connection. Data caps are also a huge barrier, especially when you consider that home broadband users consume more data than mobile subscribers.

Ovum says the average UK household currently consumes 190GB a month – a figure that will increase to 516GB by 2023 thanks to the popularity of video streaming services, online gaming, and other applications. 5G, free of the restrictions of 4G, can help satisfy this demand.

Trials of commercial 5G FWA networks using mmWave spectrum have achieved between 1-3Gbps, while analysts believe that consistent speeds of between 80 and100Mbps are achievable in a real world setting. In the US, both AT&T and Verizon offer 5G FWA in major US cities, offering a realistic alternative to locations where there is only one fixed cable provider.

Meanwhile, Three in the UK now offers 5G FWA in central London, while the government is looking at 5G to deliver a minimum standard of broadband in parts of the country where the commercial rollout of fibre is not economically viable.

The industrial 5G use cases for mmWave 5G are strong, with the technology able to provide reliable, high performance connectivity anywhere in the world. Smart port technology is one of the most developed industrial applications for 5G, promising to drive efficiency and reduce costs through the automation and remote operation of machinery. Logistics, mining and other industries will also be transformed through the digitisation of processes and the enhanced productivity of the workforce.

Society will benefit from smart city applications, such as transportation, and the provision of healthcare and access to essential services will also be revolutionised. Virtual training will help staff improve, while it will also be possible for specialists to assist with diagnosis and treatment remotely. This means that location will no longer be an impediment to care.

The same of true is education. Remote learning will become a possibility thanks to interactive lessons that make use of teleconferencing, Virtual Reality (VR) and Augmented Reality (AR) technologies.

It’s not just end user applications that will benefit from mmWave spectrum – mobile networks themselves will be made more efficient. Mobile operators plan to use mmWave spectrum for wireless backhaul – the link between mobile masts and the core network.

Traditional backhaul relies on a high quality fixed connection, something that might not be present in a rural area. Wireless backhaul provides greater flexibility and cost efficiency with regards to network construction in rural areas, while it will be essential for dense 5G networks populated by small cells and other microinfrastructure.

Tests have shown mmWave spectrum can deliver ‘fibre-like’ performance in terms of latency, reliability and speed, with 40Gbps transmissions are realistic possibility.

As mentioned above, operators in the US are already using mmWave frequencies to power their FWA services. However it will take time for the full benefits to be realised because of a lack of released spectrum and a dearth of compatible devices.

Although bands have been assigned on a global basis by the ITU, the process of issuing licences for these airwaves is decided by individual governments and regulators.  UK regulator Ofcom is still working on its strategy for 26GHz, for example.

There’s also the issue of standardisation. Current 5G networks are using an early standard of the technology called Release-15 (R15) which is built on top of existing 4G infrastructure.

This summer, Release-16 will be completed, allowing networks to maximise the capabilities of mmWave spectrum once it is made available and fulfil the full potential of 5G technology.