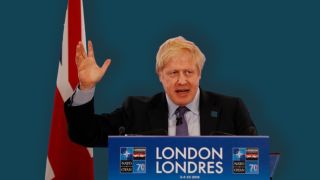 According to a report in the Mail on Sunday, UK security chiefs have given Huawei the go-ahead to be involved in the roll-out of 5G. This is despite the security concerns surrounding the company, raised primarily by the U.S. government, which is currently in a trade war with China.

Boris Johnson is due to make a decision on Huawei in the third week of January, the report claims.

Confident we can manage

Initial discussions surrounding Huawei and the build-out of UK 5G suggested that the company should be avoided. However, a senior security source told The Mail on Sunday that, “the balance between national security and the economic benefit to the UK is something we are confident we can manage.”

It is understood that UK security chiefs have given the green light to use “non-core” Huawei equipment, such as 5G antennae. In October another government source told The Sunday Times that Huawei would be allowed “non-contentious” access to the UK’s 5G network, and the new security appraisal is consistent with these earlier reports.

This decision won’t be welcomed by the United States, though, as the U.S. has led the security-focussed campaign against Huawei, urging strategic partners to follow its lead, and ban the company’s technology. And U.S. President Donald Trump has gone as far as threatening to no longer share intelligence with those EU countries which allow Huawei to be involved with their 5G networks.

A Whitehall source confirmed that “This is now a purely political decision”.