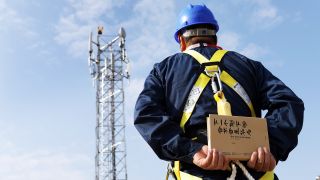 A group of bipartisan senators have introduced a bill that aims to outpace Chinese telecom giant Huawei. The idea is that by investing a hefty $1 billion into 5G research and development, other companies will have a bigger incentive to compete against Huawei.

The Utilizing Strategic Allied (USA) Telecommunications Act has been proposed by Senator Mark Warner, who previously co-founded the wireless company Nextel, and currently serves as Vice Chairman of the Senate Select Committee on Intelligence.

An announcement on Senator Warner’s website said: “Today’s bipartisan legislation would reassert U.S. and Western leadership by encouraging competition with Huawei that capitalizes on U.S. software advantages, accelerating development of an open-architecture model (known as O-RAN) that would allow for alternative vendors to enter the market for specific network components, rather than having to compete with Huawei end-to-end.”

However, whilst the amount may sound huge, this investment would be small in comparison to what has already been spent on 5G research and development, putting a question mark over whether it will have the desired effect.

The US is concerned that the Chinese government is using Huawei to gain information that could pose a national security risk. And President Trump is encouraging other countries to also ban Huawei. However, many network operators are already using Huawei tech, and – according to the announcement – U.S. efforts to convince foreign partners to ban Huawei from their networks have stalled “amid concerns about a lack of viable, affordable alternatives”.

“The widespread adoption of 5G has the potential to transform the way we do business, but also carries significant national security risks,” Senate Intelligence Committee Chairman Richard Burr said in a statement on Tuesday. “Those risks could prove disastrous if Huawei, a company that operates at the behest of the Chinese government, military, and intelligence services, is allowed to take over the 5G market unchecked.”

Senator Mark Warner reiterated the problem, saying, “Every month that the U.S. does nothing, Huawei stands poised to become the cheapest, fastest, most ubiquitous global provider of 5G, while U.S. and Western companies and workers lose out on market share and jobs.”

Whilst Huawei continues to push back against US accusations, other countries are beginning to follow suit, with Australia introducing a ban, and the UK – despite U.S. claims that it would be “madness” to use Huawei tech – still yet to make a decision.