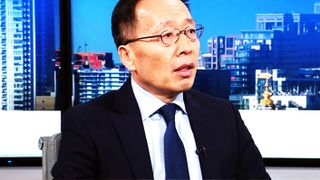 The US and some EU countries may have already banned Huawei because of security concerns, but the UK is yet to make a decision on the company’s involvement in its 5G roll-out. However, Huawei’s most senior UK executive has told Sky News that he doesn’t expect the telecoms equipment supplier to be banned from involvement in the UK’s 5G networks.

Boris Johnson is currently facing increasing pressure from the US government to ban Huawei from supplying equipment for its 5G roll-out. And Donald Trump has already threatened EU countries which might allow Huawei technology, by saying that he could cut off the sharing of intelligence information.

Donald Trump recently reiterated his opinion on Huawei at the NATO summit earlier this month, saying that involving the company in 5G was a "security danger".

But Boris Johnson, who had initially said that a decision on Huawei would be taken at the end of October, has pushed back the decision, which will now be pushed into 2020.

Confident the UK will choose Huawei

Victor Zhang, Huawei's President for Global Government Affairs, told Sky News he was confident that the UK would trust Huawei.

"I am very confident that the UK will choose Huawei because the UK always takes an evidence and facts-based approach and that the decision-making will be based on the nation's long-term interest and to satisfy society and the benefit of all consumers,” Zhang said.

"Huawei have been here in the UK for more than 18 years and trust has been built with our customers and with the UK government through our openness and transparency."

Zhang was asked what the consequences would be if the UK were to exclude Huawei. He cited a recent report that said the cost of ripping out Huawei's kit and replacing it with that of different suppliers would be more than £7bn.

"We have more than 1,600 employees here in the UK and contributed £1.7bn to the UK GDP [last year],” Mr Zhang explained. “And also we invested £110m in research and development here in the UK last year."