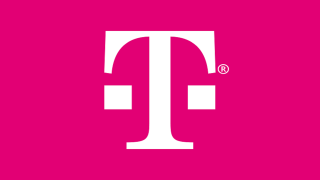 T-Mobile just announced that it will launch the OnePlus 7T 5G McLaren exclusively on its network this year. But there was perhaps even bigger news, when the company also said that it will cover 200 million people with its 600 MHz-based 5G service by the end of 2019.

T-Mobile has previously announced its 600 MHz-based T-Mobile 5G service, but it was expected to deliver it in 2020. However, the company has been working on its roll out since 2017, and has reached the point where it’s confident that it can reach 200 million people this year.

This will make T-Mobile the first 5G network in the country to deliver on a nationwide basis, according to the company.

T-Mobile didn’t miss the chance to boast about its technology, and to also poke fun at its rivals in the announcement.

“That means T-Mobile’s nationwide 5G network will be able to cover more people in more places and work indoors and out, unlike the competitors' current 5G networks, which can be blocked by things like walls, glass and leaves,” the announcement read.

In the release, T-Mobile also stated that 600 MHz is just the start of its journey to “5G for All”. Paired with Sprint’s 2.5 GHz spectrum, the company should be able to offer broad coverage and performance.

“Only this combination will deliver a 5G network with both breadth and depth, something the carriers simply cannot do as quickly,” T-Mobile said. “The stakes are high for the U.S., as billions in economic growth and jobs are expected to come from 5G and the innovations it will unleash."