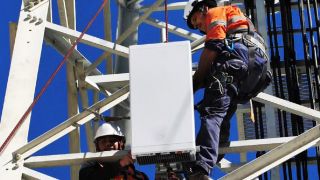 Three has decided to opt for Ericsson over Huawei to deliver its 5G network in Ireland, which will come as yet another blow for the under-fire tech company. Huawei is facing multiple allegations that it shares sensitive information with the Chinese government, and – as such – is a threat to national security. And as more companies turn away from Huawei, its competitors are making hay.

As well as partnering with Three in Ireland, Ericsson also supplies core equipment for Vodafone’s Irish 5G network. This means that the company supplies two out of three 5G networks in Ireland.

This move comes hot on the heels of the announcement that Three has decided to delay its full 5G roll-out until 2020, perhaps due to the change in supplier. The decision on Huawei will certainly give other companies pause for thought, as they make a decision on whether to allow the supplier to help build out their own 5G networks. And it appears that most of Europe is agreeing with America’s decision to ban Huawei.

Next steps for Huawei

Although Huawei appears to be having a rough run regarding the supply of 5G equipment to western countries and mobile networks, the company won’t be shedding too many tears just yet. The company still has access to a huge market outside of the Americas and EMEA countries, with almost 65% of its revenue coming from China and the Asia-Pacific region. Furthermore, the company has considered selling its technology at a one-off fee to various countries, which may be enough to keep security-focused companies and governments on-side.