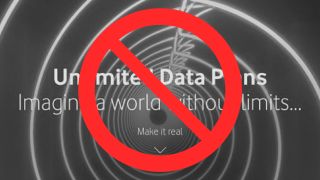 If the world is to embrace 5G, delivering speeds beyond what can be achieve with 4G LTE services will be a necessity.

However, it seems that Vodafone has already run into some issues advertising its 5G  packages as ‘unlimited’, especially in relation to 5G speed. And its ads have been found to mislead viewers regarding its unlimited 5G service pricing, resulting in an advertising ban from the UK’s Advertising Standards Authority (ASA).

The ASA ruling found that Vodafone was trying to blur the lines between speeds of its “unlimited” plans. The ad suggested that customers could get unlimited 5G service “from only £23 ($30) a month”. And although it was suggested to potential customers that “unlimited lite,” “unlimited,” and “unlimited max” plans were all available with full 5G, small text in the advert revealed that the carrier placed 2Mbps and 10Mbps speed caps for the first two plans, with only the “max” plan including full, unlimited 5G speed.

With more education still required for consumers and businesses to fully understand 5G and its benefits, it was important for the ASA to look at Vodafone’s claims within its adverts, especially given the nascent nature of 5G technology. And when advertising an “unlimited” package in the future, mobile network operators will have to mindful of the ASA’s ruling from now on.

It was rival UK carriers Virgin Media and Three that brought the misleading use of “unlimited” to the ASA’s attention, which eventually concluded that it was false advertising. But this wasn’t the first case of operators taking each other to task over misleading 5G claims, with EE complaining to the ASA in 2019 over Three’s use of the term ‘real’ 5G, which Three’s advertising said was only available from them.

And while the biggest mobile network operators in the UK, as well as the US, continue to argue over what constitutes a proper 5G service, it’s no surprise that many businesses and individuals aren’t yet ready to invest in a technology whose definition seems to be in a state of constant flux.