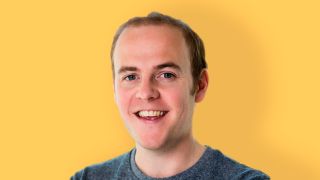 There is no doubt that the city will be the defining feature of human geography for the 21st century. According to the United Nations, there are 1.3 million people moving to cities each week – and by 2050, a staggering 66% of the world’s population will live in cities. At the same time, the 600 biggest urban areas already account for 60% of global GDP, and this will only rise higher as cities become larger and more prosperous. In parallel, we’re seeing this mass proliferation being fuelled by a myriad of new technologies. None more so than 5G, which is having an almost daily impact on the way people interact with where and how they live.

This is leading to the rise of the 5G smart city. A technologically-enabled metropolis that has the ability to be fluid in reaction to the demands put upon it. Mostly, the stakeholders of smart city projects are politicians, consultants, academics and tech companies. However, the most important group of stakeholders may often be overlooked: the citizens that will be living in these transformed cities.

A 5G smart city is only as smart as its inhabitants

According to the World Economic Forum, the investment behind smart cities is rapidly growing to a predicted volume of $158 billion in 2022. The reason behind this staggering figure is that smart cities will be technology enabled to enhance every aspect of daily life. This is due to the boom in phone technology and wearable devices that are connecting people with things, and relaying data in real-time to inform decision making, driven by the Internet of Things (IoT), wireless connectivity and 5G. All of which are working in harmony to enable this to happen seamlessly. On an individual level, it’s a trend we’re already witnessing with companies like CityMapper (real time public transport news) and AppyParking (live parking space availability), though there are many others.

In fact, this way of operating has become so common that that smartphones have become the keys to the city, putting instant information about transit, traffic, health services, safety alerts, and community news into millions of hands. This also tells us that smart cities will be the realm of Millennials and digital natives - tech-literate groups that will thrive in what is to become the new normal. Especially given the focus on developing IoT with every building, bin, car and street light in the city anticipated to have its own digital identity and the ability to communicate to create, capture and manage data.

In the UK, the task of transitioning to 5G smart cities lies at the local government level – and individual cities are responsible for identifying the right solutions and initiatives to transform their services. This has been bolstered by the formulation of the UK’s Department of Business Energy and Industrial Strategy (BEIS). However, cities are only as smart as the people in them, so it’s vital that citizens are leading the innovation.

On a global level, the catalyst to the development of smart cities is 5G. The next generation network  is transforming connectivity due to huge upgrades in terms of speed and latency. In layman’s terms, it’s rapid. For instance, consumers will have the ability to download a HD-quality film in seconds though that’s just one small example. According to IBM, 5G will spur a period of the greatest innovation since microprocessors came out in the early 1970s, and our cities will thrive on it.

And at the root of it all is power. Power sits as the bedrock of the hierarchy of needs - without power, nothing happens and, in cities where everything is based on technology, this is somewhat key. In fact fundamental to the success of smart cities, and indeed 5G, is people’s gateway to convenient access to wireless power. 5G gives consumers access to faster than ever network speeds that will outpace WiFi speeds exponentially. With ever increasing reliance on phones and mobile devices to stay connected, convenient and easy access to power has never been in higher demand. This noticeable need for power is already prompting organisations to get ahead of the curve and invest in new technology that will not only appeal to desires for power now, but also in the future.

Wireless charging infrastructure will become the virtual veins in which the smart cities IoT devices talk to each other, and the inhabitants. This will allow public and private sector organisations to harness the power of real-time data analytics, enabling people to look at information to deliver an integrated view of a city’s infrastructure, while enabling services to be maintained and improved.

This self-perpetuating cycle of information and power is the bedrock of our future cities. From phones to drones and electric vehicles, wireless connectivity will power the transformation of global mobility. Connected autonomous vehicles (CAVs) and delivery drones, for example, will not only rely on conveniently located and fast wireless charging points to stay powered, but a strong and reliable smart infrastructure will be crucial for local authorities and transport operators for whom the sharing of data is fundamental to understanding passengers needs and requirements.

Other new data-driven innovations like artificial intelligence and geospatial technology will also play a key role in delivering a seamless experience in the cities of tomorrow. Only when systems work together to form a ‘shared intuition’, will smart cities be definitively ‘smart’. Smart buildings, for example, will only ever be as smart as the interconnectivity between the different types of intelligent services and features. If the ultimate goal of a smart city is to improve the quality of life, then IoT applications and wireless capability must be flawlessly woven into the fabric of our everyday.

This means individuals too. The 5G revolution is going to facilitate a move from ‘on-demand’ to ‘orchestration’. Today a user has to request something to come to them ‘on-demand’ - think about ordering an Uber or shopping delivery. In a smart city this should be orchestrated for the user. This means the smart city and the individual’s data combining so that the city and its component parts has ‘input’ to the system.

Businesses too will also have a critical influence. The true measure of a smart city will be in its ability to collaborate. This is particularly true of start-ups who are often those with the vision and flexibility to take city services to the next level. However, irrespective of business size or sector, a key focus of commercial enterprise is looking to improve operational efficiencies. In the smart cities of tomorrow, this means making investments to ensure there is seamless communication within the ecosystem of business process and consumer interaction.

Ultimately, the transition to smarter and better-connected cities lies with local decision-makers. It is clear that we all have a role to play. Not only in shaping the smart cities we want to see, but living in them and improving them just by our very engagement. This will be fuelled by 5G but for all the advances we have seen, and are yet to see, the success of smart cities will revolve around one fundamental proposition that has remained unchanged since Edison’s lightbulb went mainstream - access to power. However, the combination of both speed and power isn't only going to accelerate smart cities, it will create a world that works for everyone. Now that’s really smart.

Co-founder and CEO of Chargifi, a smart wireless charging solution. Dan came up with the idea of Chargifi whilst travelling for six months in 2012. He realised that he made strategic decisions about where to visit/stay based on the availability of power sockets, so he could recharge and reconnect with friends and family.

Chargifi is deployed by over 90 organisations in 21 countries and is backed by leading technology investors including; Intel Capital, Hewlett Packard Enterprise, Techstars, Accelerated Digital Ventures, firstminute capital and R/GA Ventures.