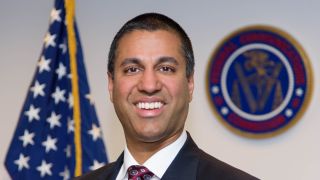 The Federal Communications Commission (FCC) is doing a deal with a group of satellite companies to free up C-band spectrum to be used for 5G networks. (C-band does not have the speeds of millimeter wave, but has a greater range and flexibility.)

The plan calls for the FCC to pay satellite companies between $3 and $5 billion in compensation for abandoning the C-band spectrum , and moving to another frequency, so that the airwaves can be auctioned for 5G service. C-band is in the 3.7-4.2GHz range of frequencies, considered midband spectrum and generally thought to be crucial to the deployment of 5G.

On Thursday, FCC Chairman, Ajit Pai, released details of the C-band proposal, which is the most significant step yet to repurpose mid-band airwaves for 5G services. “The C-band presents an enormous opportunity … because satellite companies don’t need the entire C-band to provide the same services they are providing today. This creates an opportunity for a consumer-friendly transition,” said Chairman Pai, when he announced the C-band proposal.

Pai continued: “It is a win for innovators who want to introduce new services in the C-band. … And, most importantly, it is a win for the American people, who will enjoy the rollout of new 5G services.

“I favor action. I favor Facilitating America’s Superiority in 5G Technology. I favor the bold, forward-thinking plan I’ve outlined for the C-band.” #5GFASTFebruary 6, 2020

Money will come from spectrum auction

As well as the billions of dollars in compensation for the satellite companies abandoning the C-band spectrum, the FCC also said it would pay another $9.7 billion in accelerated incentive payments to operators in the C-band.

The money to pay for the FCC deal will come from the auctioning of spectrum licenses for 5G use.

The satellite companies involved include Intelsat and SES who use the C-band spectrum to serve TV broadcasters and cable network operators with video feeds. Negotiations over how much spectrum these companies would need to abandon and how they’d transition their use is ongoing.

The FCC are being pushed by Congress to reallocate the C-band spectrum for 5G, and last week a bipartisan bill was introduced, in the Senate, to allocate money to help move satellite providers.