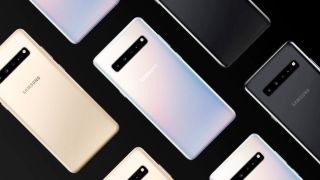 Samsung has announced that it sold 6.7 million 5G phones in 2019 between the Galaxy S10 5G and the Galaxy Note 10 Plus 5G. This figure was significantly higher than expected, and marks positive momentum in the world of 5G.

The figures also reveal that Samsung is widening its lead over its rivals, and is putting more 5G devices into people’s hands than any other company. In fact, Samsung now accounts for more than half the global 5G phone market, with its initial sales target being only 4 million.

Samsung has been at the forefront of 5G development since it launched the Galaxy S10 5G for Verizon customers in May of last year. Meanwhile, Apple is yet to reveal its own 5G-enabled iPhone, which are expected to go on sale towards the end of 2020.

Samsung hasn’t stopped there; it has since released four other 5G smartphones under its Galaxy series: the Note 10 5G, Note 10+ 5G, A90 5G and the Galaxy Fold 5G. The company also plans to release its first 5G tablet, the Galaxy Tab S6 5G, in Korea in the first quarter of 2020.

"We are excited to bring 5G to even more device categories and introduce people to mobile experiences they never thought possible," TM Roh, head of research at Samsung's mobile communications division, said in a statement.

Samsung has gained an early advantage over its competitors, but 2020 is gearing up to be an incredibly interesting year for 5G growth, with a raft of new launches expected over the next 12 months.