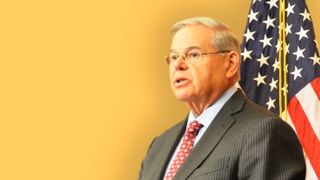 A bipartisan group of U.S. senators – led by Bob Menendez, the ranking member of the Senate Foreign Relations Committee – has written a letter to the U.S. national security adviser Robert O'Brien, asking him to appoint a 5G czar, and enable the country to develop a “coherent national strategy”.

Top Republican and Democratic senators on various committees, including the Senate Select Committee on Intelligence, the Senate Homeland Security and Governmental Affairs Committee, the Senate Foreign Relations Committee and the Senate Armed Services Committee, stressed an “urgent need” for the Trump administration to develop a national strategy for 5G technology.

“While we appreciate the progress being made within and across departments and agencies, we are concerned that their respective approaches are not informed by a coherent national strategy,” wrote Senator Menendez. “In our view, the current national level approach to 5G comprises of a dispersed coalition of common concern, rather than a coordinated, interagency activity.

“This fractured approach will not be sufficient to rise to the challenge the country faces. We hope that you, as the new National Security Adviser, will make this issue a top priority.," he went on to write.

The need for a 5G czar

As China continues to roll out its 5G technology, and move well ahead on the United States, concerns over the country’s national security have been heightened. Add to this a series of behind-the-scenes disputes, which have been taking place around spectrum allocation, and it’s clear that something has to change, the senators have argued. And the need for a single person to oversee 5G within government has been recommended.

“We would further urge you to designate a dedicated, senior individual focused solely on coordinating and leading the nation’s effort to develop and deploy future telecommunications technologies,” said Menendez. “We believe that having a senior leader would position the United States to lead on telecommunications advancements, ensure the United States is appropriately postured against this strategic threat, and demonstrate to our allies the seriousness with which the nation considers the issue.”

Whatever the outcome, it seems clear that something has to change within the current structure, if the U.S. is going to have any chance of beating China in the battle for 5G supremacy.