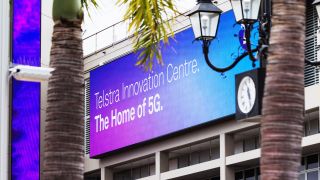 Fears surrounding 5G dangers are growing as many health concerns have been raised over  new network technology. From residents campaigning to have it banned, to wild claims that it causes cancer, 5G hasn’t been received well by everyone.

So, Australian telecom Telstra has decided to combat the fears and rumours surrounding 5G.

Telstra has called upon the government to combat the misinformation campaign on the health risks of 5G. The company says that these campaigns have been carried out “on a scale we have not seen” before, thanks to social media.

Telstra called on the government to "quickly and respectfully" address a small number of the country’s fears about the network, saying, "Telstra would like to see a broad-based government communications campaign explaining 5G technology is safe.”

The telecom is facing resistance regarding its roll-out of 5G, thanks to the opposition presented by campaigns, spreading health risk fears.

For example, UK Labor MP Ed Husic said during a parliamentary committee examining 5G on Tuesday that politicians’ offices had been “bombarded” with emails from members of the public complaining about 5G.

So, how can companies convince the public that 5G is actually safe? Education seems to be the way forward, and is definitely what Telstra plans to do. The company says it is set to launch a “proactive education campaign”, alongside the government, with the hope to win back the public’s trust in 5G.

But it’s worth noting that similar fears plagued the general public with both 3G and 4G, albeit without quite so much publicity. And, over time, as the technology is rolled out to more locations, and people start seeing the benefits of 5G, it is likely that companies will gain the trust of consumers regarding this latest iteration of networking tech.