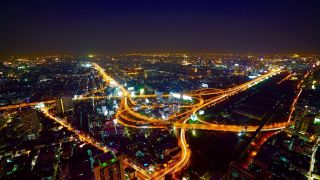 The battle for Thailand’s 5G spectrum has started, with leading mobile operator Advanced Info Service (AIS) and True Move H Universal Communication (TUC) said to be vying for three out of four spectrum ranges in the 5G license auction, which is scheduled for February 16.

On Tuesday, AIS, TUC, Total Access Communication (DTAC), TOT and CAT Telecom all showed up at the National Broadcasting and Telecommunications Commission government office in Bangkok to submit the 5G bid documents.

An industry source told The Bangkok Post that AIS and TUC are both bidding on the 700MHz, 2600MHz and 26GHz ranges. Meanwhile, DTAC and TOT are said to be vying for just the 26GHz range, while CAT Telecom is said to be bidding for the 700MHz and 2600MHz ranges. The source also gave the insight that all of Thailand’s bidding operators ignored the 1800MHz range.

The bidding for the 5G licences served to clear up doubts about whether DTAC, Thailand’s third-largest mobile operator would still be in the race after its chief executive, Alexandra Reich, left the company last month. It has been speculated that DTAC only bid on the 26GHz range because 5G adoption in Thailand is still in its infancy, so the company may decide to hold back its 5G technology and wait for the 3500MHz auction instead.

“Procedures after the submission of the license application, the Office of the National Broadcasting and Telecommunications Commission will consider the eligibility And the details and Mock Auction will be clarified on 10 and 14 February 2020, with the bidding being held on 16 February 2020,” said The National Broadcasting and Telecommunications Commission in a statement.