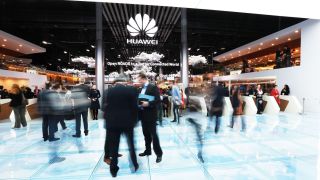 Donald Trump clearly stated his view on Huawei at the recent NATO Leaders Summit in London, saying that “I do think [Huawei] is a security risk, a security danger”. However, if America and other countries aren’t using Huawei’s telecoms equipment, what are they going to use to build-out 5G instead? (Solutions have been thin on the ground, with some calling for a 5G czar to be appointed.)

Potential alternatives to Huawei tech are available from the likes of Nokia, Ericsson, and Samsung, but – thanks to years of subsidies and export incentives for Chinese companies, including Huawei – it is now the incumbent technology for many network operators around the world, and moving to a new provider is likely to raise issues around cost, compatibility and maintenance.

Not only will replacing Huawei’s equipment cost millions of dollars, but it will also push back 5G development even further, both in the U.S. and beyond. This will provide China with an opportunity to surge ahead of its closest rival, and develop new telecoms infrastructure far quicker than the United States.

And it isn’t just the U.S. being affected by its current trade war with China. For example, the UK is considering allowing Huawei to provide equipment for its 5G roll-out. This will – the US government says – allow Chinese companies into an integral part of the technology stack used by one of the ‘Five Eyes’ intelligence partners (with Australia, Canada, New Zealand, and the United States making up the other four). With the UK about to leave the EU, it doesn’t want to fall behind in the 5G race, but it is also clearly worried about angering the U.S.

Outside of the Five Eyes alliance, other European countries, such as Germany, also face a dilemma. They can either go with Huawei, and lose the support of the U.S., but remain competitive. Or they can maintain the existing US relationships, and enter into the potentially costly and drawn out process of finding 5G technology alternatives.

Many experts now believe that if the US is going to succeed in convincing others to ditch Huawei, that it needs to offer its allies a realistic alternative to using Chinese 5G equipment, which may include preferential subsidies. And if the US wants to keep its allies happy, and continue sharing intelligence, it must help identify 5G equipment alternatives which are ready to go, meet the quality and performance levels of Huawei products, and don’t have an adverse economic impact.

And whatever choices these countries make, they need to make them quickly, or risk falling further behind China when it comes to 5G development and innovation.