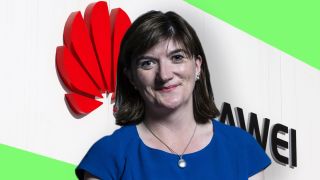 The UK government was expected to make a decision on whether Huawei will be involved with 5G infrastructure at the end of October. However, although it had been rumored that Boris Johnson was going to give Huawei the green light, the decision has been put on hold until after the election.

These are significant decisions

“The government was not in a position to make final decisions in relation to high-risk vendors when the Telecoms Supply Chain Review was published in July,” said Culture Secretary Nicky Morgan, when confirming the decision to delay. “These are significant decisions that will have lasting implications for our telecoms critical national infrastructure.

“While it was this government’s intention to conclude this aspect of the review in the autumn, the general election timetable and pre-election period mean that this will not now be possible.”

The impending election is undoubtedly behind this decision on Huawei 5G technology being delayed. But whether it’s down to a tight schedule, as outlined by Morgan, or the fact that Boris Johnson would rather avoid a difficult conversation with Donald Trump right now, is anyone’s guess.

“The decision will, therefore, be for the next government. I would expect that a future government would wish to inform parliament of its decision, once made, at the appropriate time,” Morgan’s statement concluded.

This is not only bad news for Huawei, but for UK telcos also. They are being forced to slow down the build-out of their 5G infrastructure thanks to parliament’s inability to make a decision on Huawei’s technology.

The time has come

And it isn’t just telcos that are getting fed up with the lack of a decision on Huawei. Dan Tara, Executive VP at Positive Technologies, told 5Gradar that he thought the decision was critical for the UK economy.

“The UK cannot afford to dwell while the rest of the world moves swiftly ahead,” Tara told 5Gradar. “Whatever the decision, it is likely to heavily impact the UK’s relationship with the world’s two most dominant economies - China and the US - for years to come. The time has come to make a decision.”