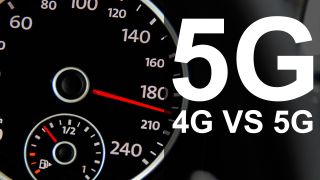 5G technology: how it works
5G use cases: examples of 5G
5G Dangers: the fact and fiction
5G Internet: will it replace fibre
5G security: the full picture
5G speed: guide and tools
5G deals: get the best offers
5G phones: discover the best
5G networks: in the US and UK
5G stocks: investment tips

5G is the next generation of mobile technology and is how many of us will connect to the internet over the next decade - both on our devices and in our homes. Indeed, 5G will power all kinds of devices, including many we can even envision yet.

But that's not to say that 4G is a thing of the past. Indeed, 4G is here to stay as a backup technology that will keep more remote communities connected. 2G will also remain as a basic standard used by devices such as smart meters, but it's likely that we'll see 3G turned off in due course and that spectrum repurposed.

Although much 4G technology will remain in place, there are some significant hardware and software differences in the 5G network compared with that of 4G.

The speed of both 4G and 5G networks are determined by the regulating board for cellular networks, the International Telegraph Union Radiocommunication (ITU-R).

The board mandated that downloads for 4G had to be 100Mb/s when moving, and 1Gb/s when stationary. This proved difficult for most networks and so they called their service 4G Long Term Evolution (4G LTE), with the name pointing towards the fact the technology was considered to under constant development.

Even so, it was impressive compared to what had gone before it - making internet speeds many times faster than 3G and paving the way for the hyper-connected world we live in today.

10 years ago could you have envisaged watching a live sporting event in high definition on your phone while you're a passenger in a moving car or train? While coverage is still patchy, that is now possible as are much-better quality video calls and downloads actually worth waiting for. Streaming music is also now something for everyday rather than futuristic pie in the sky.

As for 5G, the ITU-R has specified a theoretical peak download speed of 20 Gb/s per second and 10Gb/s upload for 5G. That's a significant improvement again as you'd expect. And we'll be streaming 4K rather than HD footage because of it.

According to business website Raconteur, latency – the time between command and network response – is around 20-30 milliseconds for 4G, but 5G users can expect latency of less than 10 milliseconds.

These differences in delay may not be important or even noticeable for consumers or prosumers, but temporal precision on a production line, or during a medical operation, will be crucial to their smooth running.

4G vs 5G: what frequencies do each use?

And although 5G uses many of the same radio frequencies as 4G (the 799Mhz low bandwidth spectrum and the 3.4-3.8Ghz high bandwidth spectrum) it will also use millimetre waves (mmWaves) which come from the very high-frequency part of the spectrum – above 6Ghz (this tends to be referred to as the 26GHz band).

This will mean a faster, more dense transfer of data over the air and allow for more connected devices at any one time (technology blogger Tim Fisher estimates around 1 million per square kilometre).

Crucially, it will also provide increased capacity, low latency and consistent coverage in football grounds, concerts or other situations with high traffic demands. So yes, we should finally be able to get a data signal when we're at the football.

Another difference between the two networks is that 5G uses many more small cells and small cell networks compared with 4G. According to a recent McKinsey report, a 5G small cell network would see something like 15 to 20 sites per square kilometre in highly populated urban environments, as opposed to two to five sites with 4G.

Although wireless and 4G networks use multiple input multiple output technology (MIMO), which allows for the transmitting and receiving of more than one data signal over the same radio channel simultaneously, a core component of 5G networks will be ‘massive MIMO’, a system that uses an especially high number of antennas – this could be an increase from four antennae for 4G, to something closer to 100, as recently demonstrated by Huawei

This will increase capacity and performance without requiring more spectrum and is likely one of the key ways we'll see networks develop.

Massive MIMO networks also use beamforming, a technology that directs a signal towards the device in use. This allows for an optimum signal to be transmitted to the mobile and received from it, while cutting interference to other devices. By comparison, 4G technology currently illuminates an entire area. But that isn't necessary if the network is intelligent enough.

5G also makes use of Software Defined Networks (SDN) in its base stations allowing for network function virtualisation (NFV).

Put simply this technology helps it ramp up services where there is demand and scale down the same services where there is not. It also allows for ‘network slicing’; which will see the partitioning of network architecture for specific uses, such as the IoT, a factory or the smart energy grid, meaning network operators will be able to tailor their services according to specific customer requirements, according to Science and technology website, Science Direct.

One advantage of using the high frequency part of the spectrum, as well as the parts used for 4G, is that there is more spectrum available for 5G operators, resulting result in lower latency and better service.

According to business website, website, Raconteur the average operator in the UK might currently have 100 Mhz of entire spectrum to use for all of its UK customers, but once 5G is fully rolled out this will increase to around 1,000 Mhz.

5G use cases often focus on automated cars and smart cities, but there are many other ways in which the technology can be used. One interesting and recently-piloted service was that of the connected ambulance by 5G Barcelona, a laboratory designed to test 5G technologies.

These vehicles use the 5G network and dedicated communication to receive specialised remote support in real time while caring for a patient inside an ambulance.

Remote medical staff can view a camera’s image in real time, alongside a monitor showing a patient’s cardiogram, blood pressure and other statistics. A physician can then provide instructions to assist with the patient’s care.  The ambulance is able to connect with other vehicles to move through traffic more easily.

5G connected sensors will also allow for automated farming, meaning no unnecessary irrigation as well as accurate analysis of soil enabling better crop rotation. One current use, reported by Reuters, is being used at the Agricultural Engineering Precision Innovation Centre (Agri-EPI Centre) in Shepton Mallet, Somerset where a collar on cows controls a robotic milking system.

When the cow feels ready to be milked it will pass through automatic gates to a milking device that recognises the individual cow and latches precisely onto its teats. The farm also uses sensor-operated curtains that open depending on the weather, as well as a smart feeding system. 5G means this dairy farm is less labour intensive and more efficient than a normal farm.

The advantages of increased speed and lower latency have been widely publicised, but increased bandwidth will make the technology more reliable. Full activation of the IoT is likely to lead to benefits that we can’t event conceive of yet, not least, energy saving smart grids, and smart cities. Similarly 5G may also fully enable mobile working augering a sea change in employment practices. It may not be necessary for employers to ever meet their employers face to face.

There are some disadvantages to 5G too, however. The deployment of many more cells than were required for 4G will be costly. In an analysis of one European country, McKinsey predicted that network-related capital expenditures would have to increase 60 percent from 2020 through 2025, roughly doubling total cost of ownership during that period.

A report from Science Direct also predicted that that although 90% of the UK population will be covered with 5G by 2027, coverage is unlikely to reach the final 10% due to exponentially increasing costs.

Another effect of having more cell towers with more intense bandwith over a smaller coverage radius might be that coverage drops out more often; this will be particularly true while 5G is still being rolled out.

Another potential problem might be that 6Ghz is an already crowded radio frequency since it transmits satellite, and other radio signals. This may disrupt the sending and receiving of data.

Finally, the increased number of access points within the network makes 5G network far more vulnerable to hacking than 4G networks. The US is concerned about Chinese telecoms company, Huawei, for this reason, and has taken a hard line against it. However, the UK has not, and EE, Three and O2 are all using its services to build out their networks (albeit in the non-core parts).  One worry is that the UK regulators will be forced to take America’s line and stop work currently taking place. This would cause a significant delay to roll out.

Businesses looking to adopt 5G will need a contract and a new 5G phone to take advantage of this technology. Those now on sale include the Samsung’s Galaxy S10 5G, the OnePlus 7 Pro 5G, Xiaomi’s Mi Mix 3 5G, LG’s V50 and Oppo Reno 5G. Of the 5 big mobile operators in the UK, EE, Vodafone and Three have already launched (in nine, 15, and one city respectively) with O2 set to launch in six cities this month. Three’s 5G network is currently only for broadband, although it plans to roll out a mobile offering before the end of the month.

What will it cost?

The costs are similar to those charged for 4G currently. Vodafone has said it will keep 5G contracts on offer for the same price as current 4G versions. EE says its 5G Smart Plans will start from 10GB at £54 per month and cost up to £74 per month for 120GB of data.  However, costs are likely to change as services become more differentiated and the network becomes more established.

It is not difficult to see why the mobile telecoms industry has been so excited by 5G; users will need to upgrade their phones on mass, boosting revenues and interest in the service. However, and less cynically, the upgrade does promise some game changing end user services, and although the outlay will have a considerable environmental and economic cost, virtualisation and increased use of software in the network promise to counteract this over the long term.

Nicola Brittain is a freelance journalist with expertise in technology, telecoms, media and finance. She worked as news and analysis editor at Computing Magazine, and more recently has freelanced for Diginomica, Investment Week and Portfolio Adviser. She is currently writing a novel.