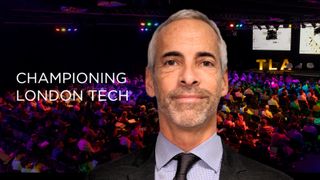 Analysis carried out by Tech London Advocates (TLA) has revealed that London’s 5G preparedness is falling woefully short of expectations, revealing that London boroughs have failed to plan for the 5G roll-out.

TLA found that just three of the city’s 33 local authorities have actually allocated staff to the roll-out of 5G, whilst only two have a strategy in place. This puts the majority of London boroughs in an under-prepared position.

“London risks being one of the worst cities in the UK for 5G coverage – an unacceptable scenario when the capital’s global future is already under question,” said TLA founder Russ Shaw.

The data also revealed that none of the boroughs had dedicated any of their 2019 budget to 5G, and only six had a councillor tasked with overseeing 5G or broadband. And whilst the responsibility for launching 5G obviously lies with network operators, local authorities need to cooperate or they could hinder the roll-out.

“There needs to be a much better understanding of networking technologies at all levels of government,” said Tony Cripps, an analyst at GlobalData. “At the local level, there’s this drive towards fibre, but the sense that I get is that the people making these decisions at the coal face are not necessarily aware of how you should build out networks.

“I’m struck by the fact there doesn’t seem to be much joined up thinking all the way along this chain. Even though, with mobile networks, most of that build-out is going to be done with private money, it would seem sensible for local authorities to actually understand more about 5G.”

According to TLA’s findings, the city is so unprepared, that only one local authority, The City of London, was able to say that it expected full 5G coverage – but not for another three years.