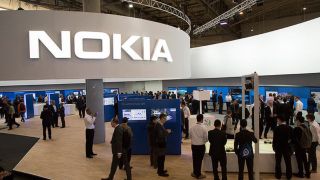 Nokia has dramatically dropped its 2019/2020 outlook today as profits come under pressure due to the company spending more on its 5G networks.

Whilst Nokia did meet third-quarter expectations, it has still decided to cut profit predictions. On top of this, the company is pausing dividend payments in order to raise investments for 5G. The payments will only resume when the cash position reaches €2 billion ($2.2bn/£1.7bn).

In a statement, Nokia explained its decision by saying “competitive intensity has increased in some accounts as some competitors seek to take share in the early stage of 5G."

The extra investments that 5G demands have clearly set the company back, and as a result Nokia shares have plummeted 21%. While Nokia sells a large share of radio access equipment, which is key for 5G, it could have been over-ambitious too early on in the year.

Inderes analyst Mikael Rautanen said that, “the report was a major disappointment ... outlook was cut across the board reflecting the company’s continuing stumbles as the new cycle of network market is starting to take off."

Thanks to security concerns surrounding Huawei, Nokia has managed to bag more 5G contracts than expected, including a huge contract with KDDI.

“Some customers are reassessing their vendors in light of security concerns, creating near-term pressure to invest in order to secure long-term benefits,” the company said.

However, it seems that the expense of 5G has knocked Nokia off course, as other rivals cope much better. For example, Ericsson beat quarterly earnings expectations, and lifted its sales target for 2020.

While Nokia currently has 48 commercial 5G deals and 15 live networks, it’ll be interesting to see if the company can sustain itself and keep investors interest.