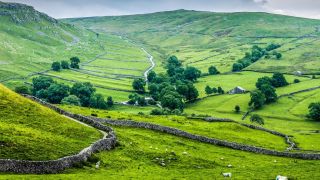 The UK Prime Minister, Boris Johnson, is expected to announce a new wave of capital investment in major infrastructure projects, including a £40 million allocation to support pilots of superfast 5G based wireless mobile broadband in rural areas, according to an ISPreview source.

The funding is said to be targeted exclusively at the final 20% of hardest to reach premises – the Prime Minister having already committed to invest £5bn in order to have “Gigabit broadband sprouting in every home” by the end of 2025.

The £40 million pot will be needed to get 5G internet to the UK’s most rural areas. And the biggest obstacle faced is that mobile operators usually focus on lower frequency mobile bands (700MHz, 800MHZ, 900MHz, 1800MHz and 2100MHz) in order to achieve the widest coverage at the lowest cost, whereas rural settings are small and spread over large areas.

In August last year, the government launched plans for rural 5G, where operators would be allowed to build taller mobile masts, so that fewer sites would be needed to cover a wide area and to share infrastructure. Called the Shared Rural Network (SRN), it is tasked with making the UK one of the best countries for geographic mobile coverage in Europe, ensuring that UK consumers and businesses receive a wider choice of providers in remote areas.

Today we’re rolling out the next wave of innovative 5G tech in rural areas to boost local growth and unite people. https://t.co/8K1Oyjv0L0 pic.twitter.com/DkGM0QU1xfAugust 27, 2019

Boris Johnson is expected to announce the new wave of capital investment imminently – potentially today or tomorrow. But it comes just days after the much-hyped SRN hit a major stumbling block, as the FT reported that BT was pushing back on the idea of shared costs, claiming that it has already made a larger investment than other operators.

"BT remain fully committed to the SRN and are ready to go. We've proposed a far simpler and more pragmatic way for SRN to succeed in the 100-day window, plus a way to reduce any tax-payer money by also including new sites that are being built by us in the future," a BT spokesperson told TelecomTVat the start of February. "It's now down to the industry to finalise the deal and to get it done."