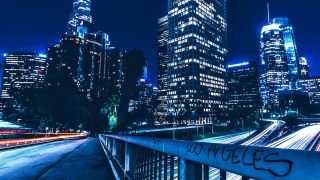 Verizon is rushing to meet its promise of bringing 5G to 30 cities by the end of 2019, and has managed to bring the count up to 19 by switching on 5G technology in Los Angeles.

If you are living in LA, and hoping to gain access to Verizon’s 5G, you’ll have to make sure that you are in the right area. The network will be available in “parts of Downtown, Chinatown, Del Rey and Venice", and around landmarks such as Grand Park, Los Angeles Convention Center, Union Station, LA Live, Staples Center and Venice Beach Boardwalk.

According to the Verizon website: “Los Angeles now has ultrafast internet that delivers typical speeds around 300 Mbps and, depending on location, max speeds up to 940 Mbps.”

Verizon announced the launch of its 5G service in Los Angeles at Lincoln Financial Field, home of the Philadelphia Eagles. And said that the company has  “more city announcements on the way”.

Verizon still has another 11 cities to bring on board with 5G if it’s going to meet its commitment of rolling out in 30 cities by the end of the year.

T-Mobile recently made its 5G offering available to 200 million people in the US, but – as we have previously reported – the two providers are offering vastly different 5G services. T-Mobile is focusing on low-band, which is great for broad coverage, but isn’t much faster than 4G. Whereas, Verizon is focused on fast but extremely short-range ultra-wideband 5G.