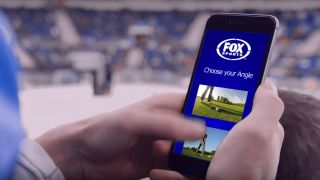 After years of development and hype, 5G networks are now rolling out across the world, delivering ultrafast speeds, greater capacity and ultra-low latency. These qualities will enable entirely new applications and make existing ones more efficient, transforming whole industries and opening up a wide range of entertainment options.

The world of sport strikes a balance between work and play. It is a form of entertainment, both on television and in the park, but an elite level it is a multi-billion pound industry in which the difference between winning and losing can depend on the tiniest of margins.

5G promises to transform the way we watch and play sports, providing a host of new 5G use cases, and the best part is that the revolution has already begun. Here are just a few ways 5G will change the world of sport forever.

Broadcasting is arguably the most developed use case for 5G to date, with ready-made innovations driving efficiencies and unlocking a raft of creativity options. 5G-enabled cameras eliminate the need to use cables, making it easier to cover sports that take place over a wide area. Fox Sports has trialled 5G at golf’s US Open (with Intel, AT&T, and Ericsson) allowing its team to cover more of the course, while 5G was used to capture some events at the 2018 Winter Olympics. In the UK, BT Sport is able to join football fans in the pub before the game, travel on the team bus, capture the game, and do post-match interviews using the same camera.

Meanwhile, 5G-enabled remote production allows feeds to be sent back to a central hub rather than an outside broadcast truck. This reduces costs and allows production teams to work across multiple events in a single day, increasing quality. And the likes of Verizon and Sony have joined forces to demonstrate how 5G can enhance live sports broadcasts.

Although capacity isn’t a concern for the time being, network slicing will allow operators to guarantee broadcasters a certain level of performance.

5G will also transform the end user experience of broadcasting by allowing for higher quality, more reliable streams. This will accelerate changing user habits and disrupt the traditional broadcast models that have been the foundation of sport’s growth into a major industry. According to a study by Grabyo, 53 percent of sports fans plan to ‘cut the cord’ within five years.

Love it or loathe it, but connectivity is increasingly important at sporting events. No longer are fans content with watching the game in front of them, they want to be able to access additional information, watch video highlights and post content on social media. The average Bundesliga match attracts 43,000 spectators who consume an average of 500GB – a figure which has risen by 50 percent over the past 12 months,.

Some sports organisations fear that some spectators might stay at home if they are unable to connect. However, existing mobile and Wi-Fi networks lack the capacity for such densely-populated environments, which is why venues and operators are so excited about 5G. Research from Amdocs and Ovum suggests 91 percent of the world’s leading mobile operators plan to hold trials of 5G sporting experiences at stadiums, with the likes of Verizon announcing the 5G availability at selected NFL stadiums.

This will not only increase fan satisfaction, but also enable new experiences. The German FA plans to let fans view data insights in real time – such as how fast a player is sprinting – using Augmented Reality.

The experience of watching sports content on television or on mobile will also be transformed as sports teams and federations seek to use new experiences to drive fan engagement. The greater collection and analysis of data is seen is one way to do this. The NFL is working with Amazon Web Services (AWS) and Verizon to capture real-time player data and analyse it at the 5G network edge. This reduces the amount of time this information can be fed to media partners who can then relay insights to viewers almost immediately.

The ultra-low latency of 5G networks will also enable entirely new experiences, particularly in the field of Virtual Reality (VR). In the future, the National Basketball Association (NBA) wants international fans, many of whom may never set foot in a physical arena, to be able to watch a game from any seat in the house, making it the next best thing to being there.

Becoming an elite athlete requires talent, hard work and good coaching. However gaining access to the final element of this equation can be affected by geography and finances. 5G has the potential to democratise access to knowledge through real-time remote coaching. The ultra-low latency of 5G means aspiring athletes can learn from coaches through Virtual Reality (VR) or holographic technology, with feedback provided via data collected from wearables. And using 5G could eventually mean a young tennis player in the Arctic Circle has the same opportunity to go professional as a youth in Wimbledon.

According to research from Vodafone Business, 30 percent of sports leaders believe 5G will have an impact on player performance. Teams and athletes have long used data analytics to make sense of their performance, but 5G will increase the variety of data that can be collected and increase the speed at which it can be processed thanks to edge computing. Data gathered from wearables can be processed closer to the point of collection and be subject to new types of analysis. For example, visual recognition algorithms could detect patterns of play and issue recommendations to athletes or coaches in real time.

Healthcare is seen as one of the sectors most ripe for transformation through 5G and many of the innovations, coupled with the increasingly data-driven nature of sport, will have a positive impact on athlete well-being. 5G-enabled analytics will be able to manage workloads and predict injures before they happen, while injuries could be treated remotely – increasing the accessibility of potentially career-saving treatment to more athletes. Robotic surgery might be a pipe dream but there are other ways that 5G can possibly extend careers. In rugby union, smart mouthguards are now being used to detect concussions. If this data can be accessed and analysed in real time, then the sport will become significantly safer to play.

5G has the potential to make the operation of major events far more efficient. More reliable communications between various stakeholders, such as organisers, volunteers and operations teams, is a given, but 5G can also aid safety through better response times and through connected CCTV networks. At the Tokyo 2020 Olympics, staff will be trained using ‘virtual arenas’ and the wider use of Digital Twins – digital representations of physical spaces – could be revolutionary in aiding preparedness. Venue managers would be able to simulate scenarios, such as an evacuation procedure or new queuing system, without causing disruption. 5G makes these effective by reducing latency and allowing for the creation of a VR application.

Many sports have sought to use technology to help officials, with video reviews, ball tracking and sensors now a fixture of many sports. 5G technology could accelerate this shift by automating even more decisions. For example, the use of a smart ball and player wearables could detect offsides and rule who touched the ball last. The recent RugbyX tournament used a smart rugby ball connected via beacons, but widespread 5G coverage could make this technology available at all levels.

5G could also help Video Assistant Referees (VAR) in football. It has been speculated the Premier League could use a mobile app to relay VAR decisions to fans in the stadium, but this would be difficult without the high capacity and low latency of 5G. If the Premier League wanted to go one step further, it could introduce the ‘Fan Assistant Referee’ (FAR) system used by Vodafone as part of its 5G testing on the Isles of Scilly. Fans could review incidents and vote on the correct course of action.

10.  It will enable the sporting future

Some of the future innovations in sport are hard to predict, but we can be confident that 5G will play a role in many of them. According to Vodafone, 76 percent of sports industry decision makers plan to use 5G to drive innovation. Some predictions belong firmly in the realms of science fiction, but we’re not too far away from an era in which athletes will be able to access real-time fitness and performance information using smart glasses or even bionic implants. 5G will become entrenched in industry and our daily lives over the next decade, so it’s only natural that its influence on sport will be no less great.