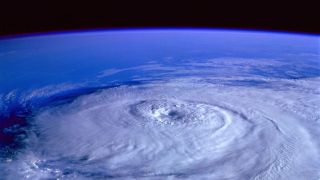 Weather forecasters have been calling for strict limits on 5G, due to the interference the new network technology is causing to weather predictions. However, following a month of hard negotiation at the recent World Radiocommunication Conference in Egypt, a new international standard has granted a much looser limit for 5G interference on the radio frequency used by meteorologists.

The new allowance on 5G noise – where it can now emit up to -33 dBW outside of the 24GHz band – is much looser than the World Meteorological Organization had called for, at -42 dBW.

Weather experts are concerned that the interference will affect their ability to forecast severe storms, as the 24GHz radio frequency used for 5G is perilously close to the one used to predict the presence of water vapor in the atmosphere. For example, the 23.8 GHz frequency is used to detect the faint signal emitted by water vapor, which is monitored and measured by weather satellites around the globe. Meteorologists can then use this data to figure out when and where major storm will occur.

And the failure to address this issue could leave many communities more vulnerable to extreme conditions, as global warming leads to more unpredictable and severe weather patterns around the world.

There is no solution

After the recent ruling at the Egypt conference, Eric Allaix, chair of the World Meteorological Organization’s Steering Group on Radio Frequency Coordination, was adamant that – despite ongoing and lengthy debate – there is "no solution” to the problem.

“If you can’t make that prediction accurately, then you end up not evacuating the right people and/or you evacuate people that don’t need to evacuate, which is a problem,” NASA administrator Jim Bridenstine told the U.S. Congress in April.

There is a broad range of opinion about the effects of 5G on weather forecasting. And some experts believe that a solution will be found, where both technologies can coexist. But, as things stand, the interference issue is a major concern, and the short-term effects could be significant.