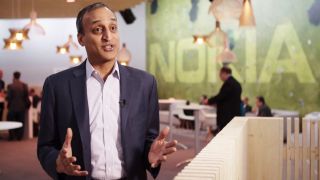 Nokia’s software business head, Bhaskar Gorti, has defended the company amidst fears that it is falling behind its rivals Ericsson and Huawei in 5G development.

In an interview with Reuters, Gorti defended Nokia's development of 5G technology, saying, “I don’t think we have a 5G problem.”

He explained that 5G is a "development marathon", where many of its rivals were just paying attention to the first few minutes of the race.

The doubt and speculation have all come off the back of news last month that Nokia had to cut its revenue expectations, due to increased investments in 5G. This news knocked an entire third of its share price, and has investors concerned.

Dividend payments were also suspended, but Nokia pledged to speed up the introduction of new 5G chipsets.

This was unfortunate for Ericsson, which had lifted its market forecast for this year, as well as raising its sales forecast for 2020. Analysts believe that Nokia made the wrong decision to wait for the 5G radio standards to come into force last year, whilst rivals began development much quicker, putting them ahead of Nokia.

How can Nokia restore confidence?

Amit Hirchandani, sector analyst at Citi in London, calls Nokia's current circumstances a “show me” story, meaning that the company needs to demonstrate that it can fix and deploy its 5G products. This is the only hope the company has in restoring investor confidence, Hirchandani believes.

However, Gorti remains confident that the company is ahead of its rivals, saying that, “I personally think we have an at least 2 to 3 years or more lead [in software development] on our nearest competitor Ericsson."

Software development is a key aspect of the shift towards 5G, and if Nokia does take the lead in this areas, we could see it winning back credibility with investors.